This poem’s beginning line “Do not say: But for the Grace of God, Karma, Alhamdullilah” should not be taken literally. There is beauty in being grateful to God provided one understands that the relationship between us and God is a complex one involving each having the freedom and responsibility to act. For instance, in every scripture, God asks us to be good to others- the Grace of God is given through our freedom. In this sense, the injustice is in our choices. For us to give our choices the name of God’s grace without acknowledging our freedom in the result is abdicating our free will.

The reference to the forbidden tree; an old love and hate; both men and God playing roulette is again mystical and ought not to be taken literally.

Say not:
‘But for the Grace of God’
‘Karma’
‘Alhamdullillah’

A flowery prose in shame

Both God and men abdicating free will

In the Design of pain and suffering.

We repeat without thought,

‘But for the grace of God’

Except to the child

I swear by The Forbidden Tree

An instinct, an emotion;

An Old love and Hate;

Note: This poem should not be taken literally. There is beauty in being grateful to God provided one understands that the relationship between us and God is a complex one involving each having the freedom and responsibility to act. For instance, in every scripture, God asks us to be good to others- the Grace of God is given through our freedom. In this sense, the injustice is in our choices. For us to give our choices the name of God’s grace without acknowledging our freedom in the result is abdicating our free will.

The reference to the forbidden tree; an old love and hate; both men and God playing roulette is again mystical and ought not to be taken literally.

I had written this poem a few years ago in a moment of  a spiritual ecstasy and union. It is a feeling of Union and Oneness with Everything.

My love with “It” has been a source of freedom for me. Meditation, knowing oneself, fasting a couple of days a week (or eating less), being awake from dawn to sunrise, all help with this experience. Why is this important? Feel it and you will know.

I see You in the redness of dawn;

in the virgin sky;

in awakened life at early morn; 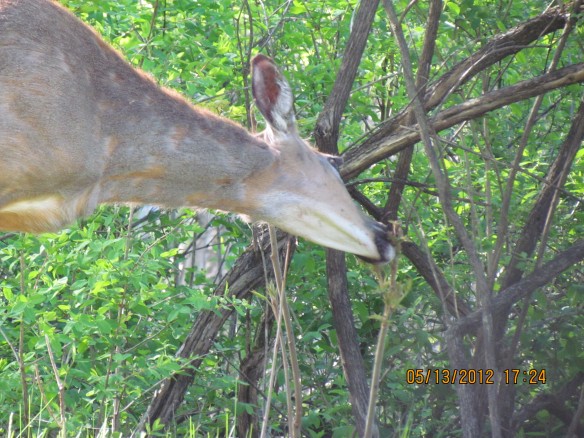 in the silence of the Dark Night;

between my shadow and I; 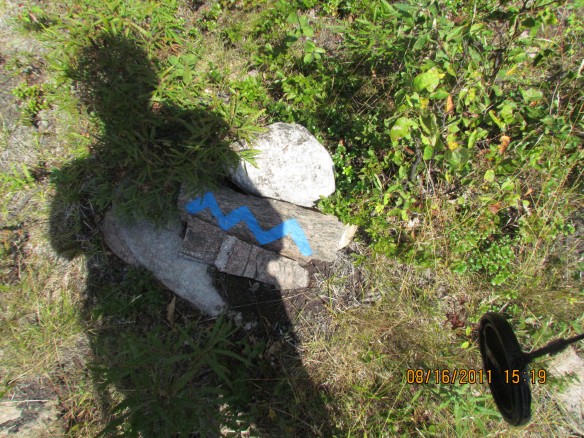 in the glorious moon and the bright stars;

in sounds of raindrops:

In the carelessness of children while they play in

Your Thunder, Lightening and Rain;

In waves on an ocean shore;

In the moving wind; 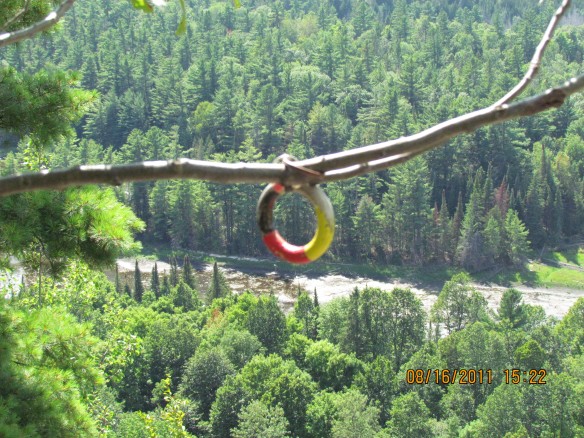 In hope amidst fear;

In the lust of youth.

My Allah, O Veiled Beauty, yet I see you not in all Your Majesty:

I see the footprint but not the Foot;

the shadow but not the Object.

I am a shadow of the Object. The Sun will set upon me and my shadow will fade into the Dark Night.

All that will remain is You. I will return like a raindrop on the ocean back to its Source.

All will perish except Your Face.

My Allah, let me know You as a Friend and let me subsist Within You for an Eternity.

Let the shadow exist without a shadow: in oneness with You 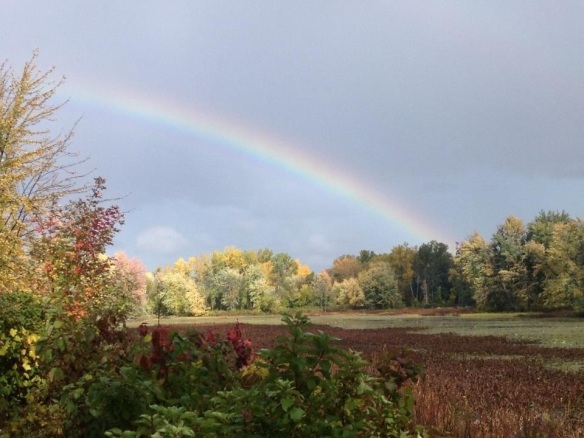 Now who wants be be free? We do.

My hope is to share a few practices which free me.

Eat less twice a week. This has a profound impact. You will be able to listen to yourself more and develop an appreciation of the Path.

I will stop here. In my own development, I have found that it is useful to practice what I read rather than just reading on.

How is this related to contentment ?

How about social justice?

I must be free from within to have a positive impact and life.

Imperceptible to the Naked Eye,

Practiced by those who know:

God is visible in Filth and

Not ecstasy at delightful sight;

Practiced by those who know:

God is visible in filth and

* Mathew, 25: 33-45, Holy Bible. Note: This blog endorses no religion but is supportive of spiritual gems found anywhere, including the Holy Bible.

to a piece of land I call home, backyard and all,

on the side of my deck,

Does not the Bee know I am the owner of this all; I have a paper to say so?

I set out to destroy the hive.

How do humans live?

Cannot a Hungry Child eat a fruit in plain sight?

Cannot a Homeless Family build its nest on vacant land?

Is that not the Law of “It” who you call God?

“We are civilized,” I informed the Bee.

“We respect both the Fat and the Hungry; the Homeless and the Sheltered:

A child may eat a hanging fruit in plain sight as long a fence and titled deed gives her the right;

The homeless may build on vacant land not owned by someone else.

Yes, this does not feed and shelter all

but without our laws chaos would ensue and civilizations crumble.”

The Bee fled thinking all the while:

I have not seen hunger or thirst following “It”:

Unto man his laws.

I have not seen a Mightier Fool.

to own a house and abandon a home?

Why Patience in the face of  a hungry child

for promise of a change the child may not live to see?

We have submitted to the way things are

and given up our free will.

Our “happy ” lives have been scripted for us.

People suffer in this world, 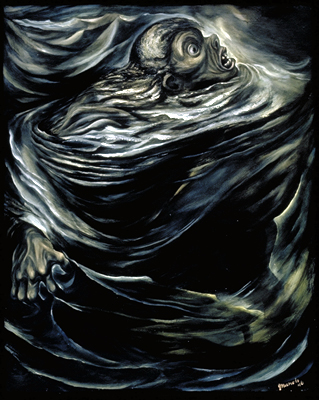 and we don’t see it.

The poor stay in their huts,

and gaze at the fire that was recently lit.

The starvation of children,

as young as three,

yearn for their dead family.

They are whipped and beat,

for every tear they shed,

then they struggle fall asleep,

Though if we take a minute,

to stand and stare,

we will realize how we are cruel and unfair.

We have thought this world to be a dream,

of fairness and pure sunlight beams.

We realize how blind we have been,

and if we live along with the way the world is,

on the judgement day: We will drown in Sin!

This or that is not the option-

when the answer is this and that.

These days politics is focused on debt reduction at the expense of human dignity. This is the politics of old where a false dilemma is presented. The thinking has to be outside of the box. The problem is fat on the top, not the bottom. Eliminate the fat on the top and you have enough resources for investing in life.

For instance, It is time that our governments at all levels invest in cancer research and cure- if we can invest in war, we can invest in life. While I admire all the fundraising that is done for cancer, it should not be a private, individual affair, any more than building or maintaining highways! Let charity not be an excuse for abdication of a government responsibility. Thus, in my post Poetic Uproar I ask, “When will charity end and justice begin?”

Our economic paradigm is based on a false value- that the central purpose of economic activity is economic wealth. Change that, and you have the 3rd Alternative.

“In the savage state every family owns a shelter as good as the best, and sufficient for its coarser and simpler wants; but I think I speak within bounds when I say that, though the birds of the air have their nests, and the foxes their holes, and the savages their wigwams, in modern civilized society not more than one half the families own a shelter”.

“When I consider my neighbors, the farmers of Concord, who are at least as well off as the other classes, I find that for the most part they have been toiling twenty, thirty or forty years, that they may become the real owners of their farms which commonly they have inherited with encumbrances, or else bought with hired money,-and we may regard one third of that toil as the cost of their houses,-but commonly they have not paid for them yet.”

“The very simplicity and nakedness of man’s life in the primitive ages imply this advantage at least, that they left him still but a sojourner in nature. When he was refreshed with food and sleep he contemplated his journey again. He dwelt, as it were, in a tent in this world, and was either threading the valleys, or crossing the plains, or climbing the mountain tops. But lo! men have become tools of their tools.  The man who independently plucked the fruits when he was hungry is become a farmer; and who stood under a tree for shelter, a house keeper. We now no longer camp as for a night, but have settled down on earth and forgotten heaven.”

“The best works of art are the expression of man’s struggle to free himself from this condition, but the effect of our art is to make this low state comfortable and that higher state to be forgotten. There is actually no place in this village for a work of fine art, if any had come down to us, to stand, for our lives, our houses and streets, furnish no proper  pedestal for it. There is not a nail to hang a picture on, nor a shelf to receive the bust of a hero or saint. When I consider how our houses are built and paid for, or not paid for, and their internal economy managed and sustained, I wonder that the floor does not give way under the visitor while he is admiring the gewgaws upon the mantel-piece, and let him through into the cellar, to some solid and honest though earthy foundation. I cannot but perceive

This was written by Henry David Thoreau and published as Walden: Life in the Woods, in 1854. One hundred and fifty six years later our economy and aspirations remain the same.

What matters to You? Please share your comments and send any submissions for posts to moizbillah@rogers.com