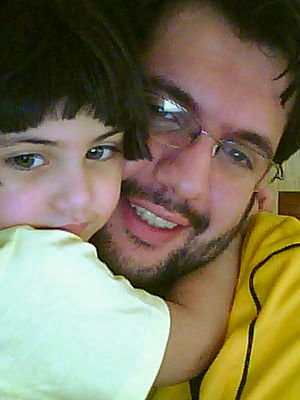 The Bahrain government sentenced Mr.  Naser al-Raas, a Canadian citizen with a disability, to five years in jail on October 25th, 2011 for “gathering” and “spreading false news” for the alleged crime of being present, or at worst, participating in a pro-democracy peaceful assembly in Bahrain.

“”I didn’t chant against the government; it’s not my business,” Mr. Nasser Al Raas told the Star. “The country was in chaos.”

“He remembers three mock executions held under the desert sun. And he remembers the dingy cell in the notorious Al Qala prison, where he said he spent more than a month in solitary confinement, beaten and electrocuted daily, the screams of other tortured prisoners echoing through the halls.

This  torture was recorded in a medical report filed by Doctors Without Borders obtained by the Star.

During his military trials, al-Raas said he received regular visits from Canada’s consul in Saudi Arabia, Michael Erdman, but couldn’t get a new passport to leave the country. Canada does not have diplomatic representation in Bahrain.

“While it’s clear the Canadian government has been giving the case some attention, there’s no indication it’s been given high-level attention,” Neve said. “That’s what we’re looking for now with a verdict in.” ” (The Star, October 25th, 2011- see link at the end of the post)

I urge you to write or email   ( john.baird@international.gc.ca ) to the Canadian Minister of Foreign Affairs to request him to give the case of Mr. Nasser Al-Raas the high level of attention it deserves.  The Honourable John Baird may be reached as follows:

“If you do not have a religion,

or fear resurrection (to be judged for your deeds),

then at least be free in your world”

These are the words of Husayn ibne Ali and are a call to freedom in the most universal sense.

I have not known any human being who has been more free than Husayn or whose call for freedom was more powerful.

He was a man who was saintly without giving up his humanity (while refusing to accept the unjust leadership he pleaded for water for his six month old child ), and human being who loved without attachment. He pursued what was right and fought for social, political and economic justice against the 6th Khalif (Ruler) of the Muslim world more than a thousand years ago. He sacrificed more than any man I know as a father, husband, brother, cousin, friend, comrade and individual. He was a free man in that he did what was right and was not bound by what he knew would be a terrible consequence for himself, his family and comrades in refusing to recognize an unjust leadership: death for those who fought with him, imprisonment, poverty and desolation for those who survived. Yet I know of no man who was blessed with the company of better human beings than him: his family, friends and lovers stood by him till the end.

Husayn was beheaded after the battle fought in the lands of Kerbala on the tenth day (Ashura) as he made his last prostration. But not before the commander of the enemy army responded to his call, and chose to be free by doing what was right, abandoning the “winning team”, and joining the cause of justice. This man was aptly named “Hur”, meaning free. Husayn’s sister, Zaynab, was taken as a prisoner after his death but even in chains she stood by justice and when mocked by the enemy she said she only saw beauty.

There was shortly thereafter a revolution leading to the overthrow of the despot Khalif Yezid.

The slogan for many that know Husayn and wish to follow in his path of freedom and justice is “Every day is Ashura, every land is Kerbala”.

I commend the story of Husayn to all lovers of freedom.

Greece backing down from a referendum on economic reforms is a blow to the principle of democracy and an implicit endorsement of the view that the few “elite” know what is best for the majority- the majority are stupid- except that the majority will bear the brunt of the reforms and not the minority!

The Western Democracies have largely supported and encouraged the Greece Government not to have a referendum on the reforms.

Adds new meaning to we are the 99% and the commitment Western governments have to the principle of democracy.

Charity feeds me one day,

You sanctify the Way things Are at my expense:

You feel content for one day’s giving while I starve 364.

I rather you burn your Crescent and Cross (*1)

and starve with me: Then you will see the tyranny of the Way things Are

and the Evil of your Charity:

while I soak in poverty without a today or tomorrow.

You presume to give what is not yours.

When things are, as they are supposed to be, then be Generous-

Now we demand Justice with Dignity.

Note 1: This is not to be taken literally. Both Islam and Christianity have my respect. However, like every religion, the spirit may often be lost and this poem laments this.

This is a photograph of an uprooted tree at an Island in Ontario, Canada. The roots can be strong but only as good as the soil it grows on. Observe what the roots grew on besides the soil. What “earth” will we leave behind ?

My People  This is a Freedom song from Cat Stevens/ Yusuf

You can download a free copy of the song from his web site at http://www.yusufislam.com/news/2011/my-people-free-download-avail

the monotony of work?

to own a house and abandon a home?

patience in the face of  a hungry child

for promise of a change the child may not live to see?

We have submitted to the way things are

and given up our free will.

Our “happy ” lives have been scripted for us.

1.  Cut “fat” from the top-not jobs. Restructuring, when necessary, should minimize the impact by re-training and re-allocation.

2. Save money in Health Care Costs by Opening up competition: Open the medical field to foreign doctors and support education for more doctors in Canada- the price of the medical services for doctors will decline as the supply of doctors will increase.

3.  Make research into science and medicine a priority for cancer and other significant ailments: this important function for human welfare and advancement should not be left to charity

4. Put a temporary hold on immigration, except for very specific categories, until our own house is in order. This includes the economic and social condition of natives whose standard of living is significantly below the “average” Canadian.

5.  Modernize the education system- the system of children attending school from a very young age to university in a “classroom” setting is outdated and has resulted in many unemployed and disillusioned graduates. Having an occupation and vocation related to education would ensure a meaningful life for everyone.

6. Eliminate interest payments on debt- this is the single most detrimental factor in the repayment of debt and social improvement for both developing and developed countries- there is no debt crisis- the crises is that of paying interest on debt. This is a radical proposal, but out collective welfare requires us thinking outside of the box.

7. Eliminate foreign ownership of Canadian business and lands. Limit ownership of property so that any “free” land can be used by anyone to build on according to one’s needs.

8. Make Democracy real: there is a low voter turn out because the representational system of democracy is based on “money power” and “media power” and our votes do not translate to action on specific issues.

9. Guarantee a minimum standard of living for every Canadian.

10.  Put value on family time, including individuals taking care of their own family and extended family. Basically, reward family time and care with tax incentives.

A shirt and tie- what is the purpose of a tie?

Lipstick? Painted lips- what is up with that?

Walking with an iPod plugged in- wow!- A universe unto oneself!

Hungry and starving- famine with nothing to eat

Burqas and bikinis- opposite ends of the same extreme!!!

perhaps because he knows and feels the emptiness inside!

Being wealthy and seeking happiness in meds:

All this from the same emptiness inside and an

Burn everything to the ground so we see ourselves with nothing else:

Just as we are.

What matters to You? Please share your comments and send any submissions for posts to moizbillah@rogers.com